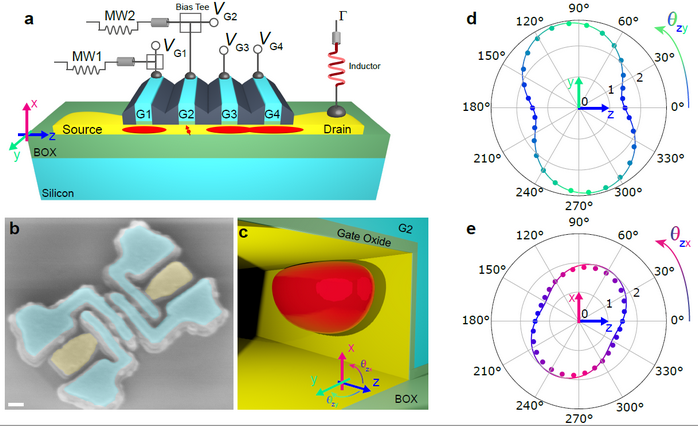 We report on a spin–orbit qubit consisting of a single hole electrostatically confined in a natural silicon metal-oxide-semiconductor device. By varying the magnetic field orientation, we reveal the existence of operation sweet spots where the impact of charge noise is minimized while preserving an efficient electric-dipole spin control. We correspondingly observe an extension of the Hahn-echo coherence time up to 88 μs, exceeding by an order of magnitude existing values reported for hole spin qubits.

High-mobility strained SiGe/Ge/SiGe heterostructures are emerging as a new platform for hole spin qubits This material system exhibits high crystal quality as denote by the observation of ballistic hole transport in one-dimensional channels exceeding several hundred nanometers. The use of electrostatic gates enables defining quantum dots and controlling their charge occupation down the last hole whose spin can be used to encode an elementary bit of quantum information. Spin-orbit coupling intrinsic to valence-band states provides a valuable tool for fast coherent spin manipulation. 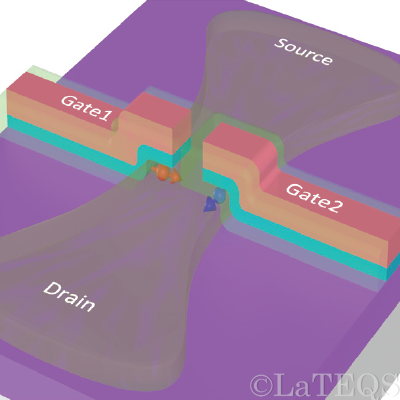 Owing to ever increasing gate fidelities and to a potential transferability to industrial CMOS technology, silicon spin qubits have become a compelling option in the strive for quantum computation. In a scalable architecture, each spin qubit will have to be finely tuned and its operating conditions accurately determined. In view of this, spectroscopic tools compatible with a scalable device layout are of primary importance. Here we report a two-tone spectroscopy technique providing access to the spin-dependent energy-level spectrum of a hole double quantum dot defined in a split-gate silicon device. A first gigahertz-frequency tone drives electric dipole spin resonance enabled by the valence-band spin-orbit coupling. A second lower-frequency tone (approximately 500MHz) allows for dispersive readout via rf-gate reflectometry. We compare the measured dispersive response to the linear response calculated in an extended Jaynes-Cummings model and we obtain characteristic parameters such as g factors and tunnel and spin-orbit couplings for both even and odd occupation.

A collaboration with CEA-Leti (Grenoble) 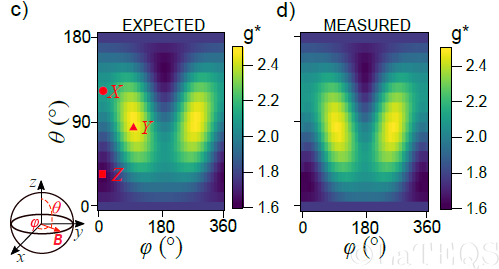 In a semiconductor spin qubit with sizable spin-orbit coupling, coherent spin rotations can be driven by a resonant gate-voltage modulation. Recently, we have exploited this opportunity in the experimental demonstration of a hole spin qubit in a silicon device. Here we investigate the underlying physical mechanisms by measuring the full angular dependence of the Rabi frequency, as well as the gate-voltage dependence and anisotropy of the hole g factor. We show that a g-matrix formalism can simultaneously capture and discriminate the contributions of two mechanisms so far independently discussed in the literature: one associated with the modulation of the g factor, and measurable by Zeeman energy spectroscopy, the other not. Our approach has a general validity and can be applied to the analysis of other types of spin-orbit qubits.
Read more in A. Crippa et al. Phys. Rev. Lett. 120, 137702 (2018)

A collaboration with Institut Néel (Grenoble) and CEA-Leti (France) 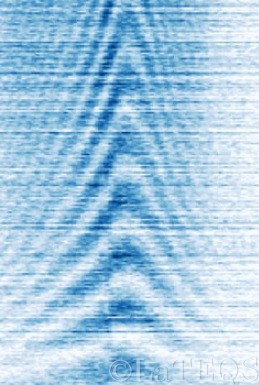 Silicon spin qubits have emerged as a promising path to large-scale quantum processors. In this prospect, the development of scalable qubit readout schemes involving a minimal device overhead is a compelling step. Here we report the implementation of gate-coupled rf reflectometry for the dispersive readout of a fully functional spin qubit device. We use a p-type double-gate transistor made using industry-standard silicon technology. The first gate confines a hole quantum dot encoding the spin qubit, the second one a helper dot enabling readout. The qubit state is measured through the phase response of a lumped-element resonator to spin-selective interdot tunneling. The demonstrated qubit readout scheme requires no coupling to a Fermi reservoir, thereby offering a compact and potentially scalable solution whose operation may be extended above 1 K.
Read more in A. Crippa et al. Nature Comm. 10, 2776 (2019)