Towards the realization of CMOS compatible superconducting qubits

The development of hybrid S-Sm devices with novel functionalities requires a combination of material properties that are difficult to find. Over the past few years we have been exploring the potential of Ge/SiGe heterostructures confining high-mobility two-dimensional holes and silicon/germanium based superconducting transistors. The two semiconducting materials (Si and Ge) are perfectly compatible with the CMOS technology and therefore well suited for large scale integration.

On one hand, Ge system offers a rather unique combination of excellent transport properties (micron-scale elastic mean-free path at low carrier densities), intrinsically strong spin-orbit coupling, and generally low p-type Shottky barriers, which is expected to facilitate the achievement of a good electrical contact with superconducting metals, and hence a sizeable superconducting proximity effect. In addition, Ge/SiGe can be epitaxially grown on large silicon wafers, which would eventually enable a straightforward path to large scale integration. Following highly encouraging first results - observation of ballistic one-dimensional hole transport and Josephson field-effect transistor (JoFET) functionality, we intend to strengthen our research in this direction. In this endeavour, we shall as well rely on recently established collaboration with LETI, which brings a valuable expertise in material growth/deposition, device processing, and integration.

Our research activity is oriented towards the realization of Josephson field-effect transistors and their incorporation in transmon-type superconducting qubits (gatemon’s). It is a great challenge with basic science issues together with potential outcomes for quantum information. This objective will also require interaction with the LETI for material growth and integration and with the Néel Institute for quantum manipulation of superconducting qubits. 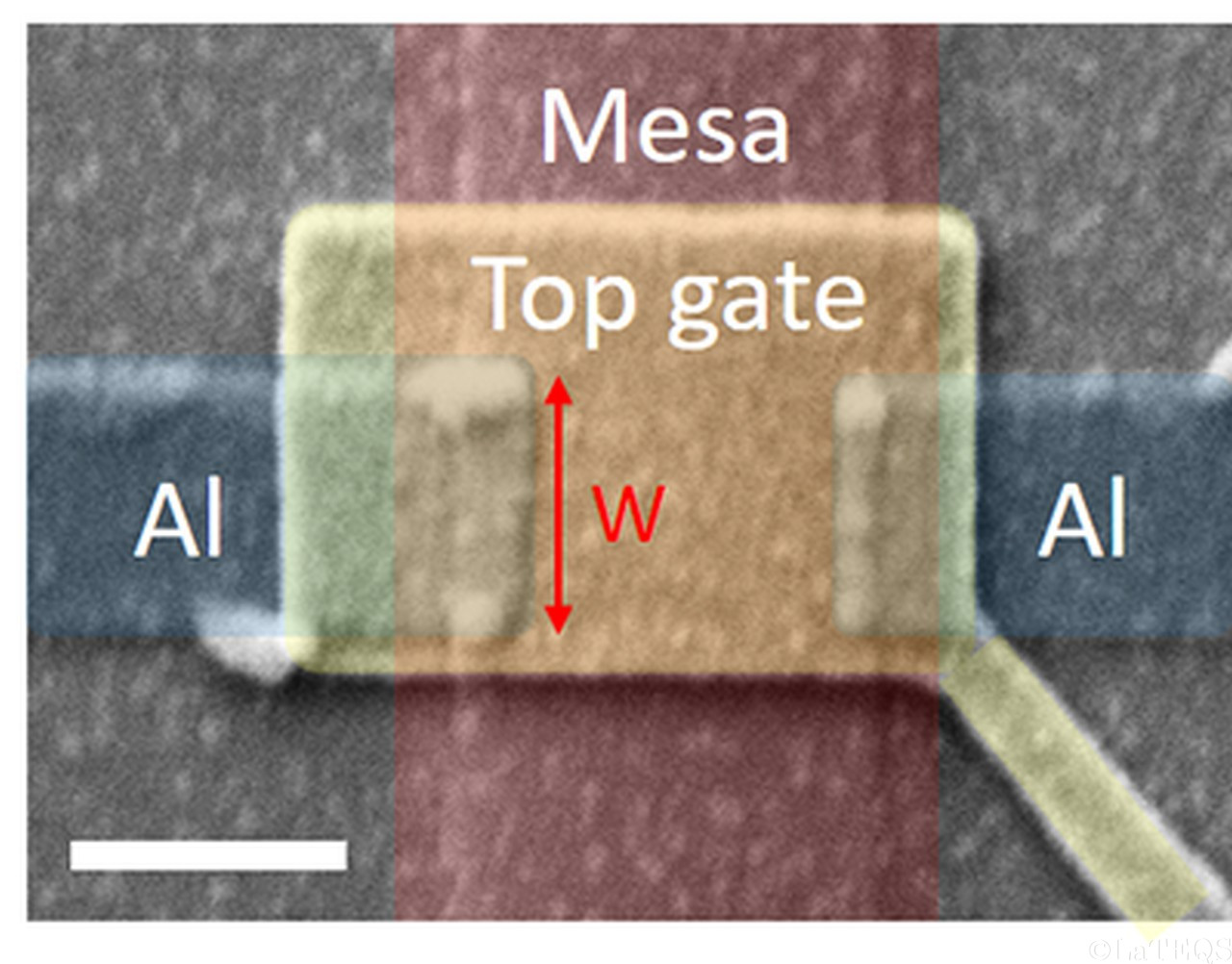 The mathematical concept of topology applied to condensed matter has been very helpful to understand the transport properties of certain materials. This description was responsible for the discovery of new states of matter called topological insulators. These are insulating in the bulk of the material, but conducting at the edge. Their band structure is dominated by the spin-orbit interaction and is characterized by one or more topological invariants that distinguish them from traditional insulators. In two dimensions, they give rise to the quantum spin Hall effect and spin states are characterized by helical one-dimensional spin-polarized edge channels. The emergence of these new states of matter is a fundamental topic, but because of their spin properties, they could also have implications in spintronics. 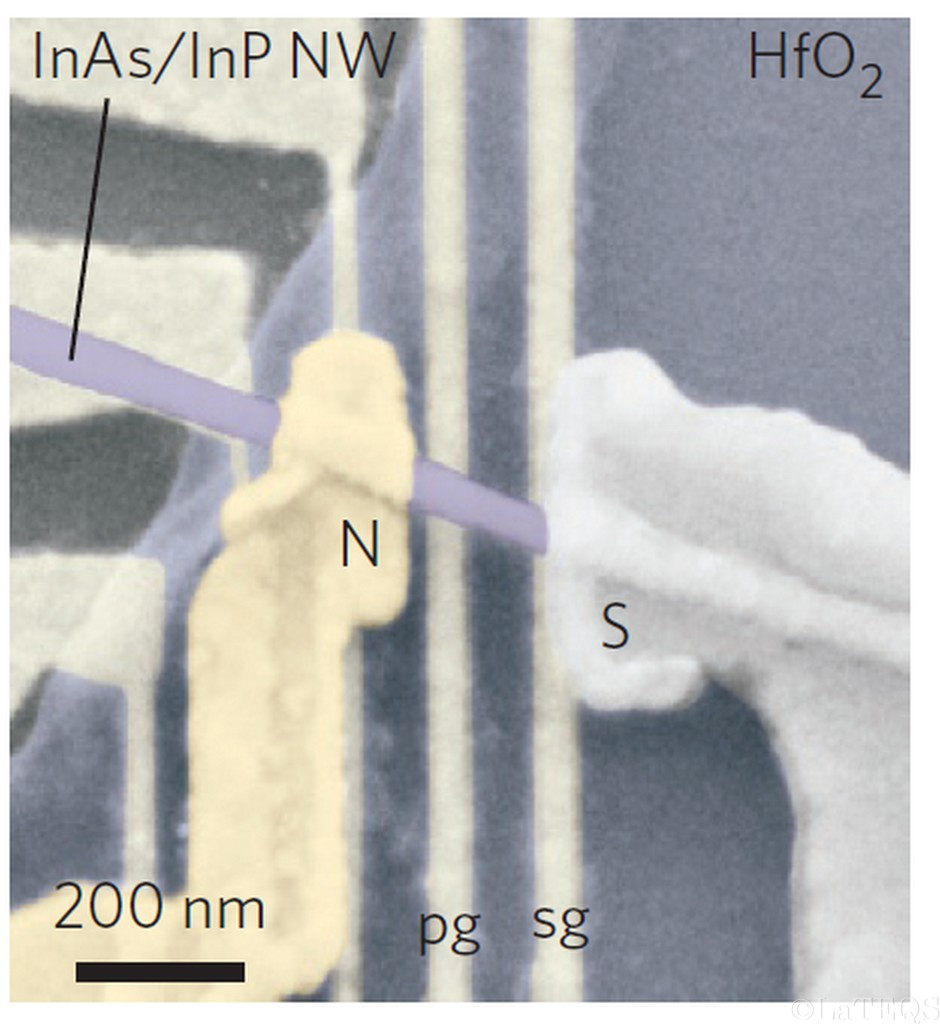